22nd of July 2016 is another extremely important day for our orchestra Sinfonietta Consonus. We would like to proudly announce the official premiere of Vivaldi Metal Project „The Four Seasons” CD. 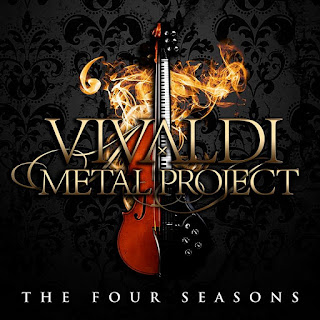 What is this all about?
Whole story started in 2013, when head of the project - Mistheria, started to think about making a metal version of “The Four Seasons”. After two years of hard work, this unique idea became reality. Together with Italian bassist and composer Alberto Rigoni (solo artist, TwinSpirits, Kim Bingham, The Italians, BADASS), they gathered a group of over 130 musicians from all over the world and recorded a symphonic-metal opra based on Antonio Vivaldi’s Baroque masterwork “The Four Seasons”. What is more, Mistheria made an innovative choice, something that have never been done before – he decided to add to classic masterpiece lyrics and singers.  Isn’t this impressive?

Nearly 6 months ago we entered the Radio Gdańsk studio to record symphonic parts arranged by Michał Mierzejewski and along with that we became a part of this amazing experience. It was another opportunity to work with our great collaborators – conductor Szymon Morus and sound engineer Jakub Mańkowski. It was not only great fun but also great honor, as VMP is one of the biggest music projects in history.
The album is a full 74 minutes of intense, passionate, fascinating, powerful and majestic experience!
We hope you’ll enjoy it, as we do!

The full album is FROM NOW available on iTunes!
https://itunes.apple.com/de/album/the-four-seasons/id1117818690


Michał Mierzejewski about his decision:
"For over a year I managed both my own career as well as the career of our orchestra.  At the same time I worked on music, created  scores and coordinated very demanding projects.


I was also looking for a perfect person to help me/help us put some new energy into our actions, advance all the ideas we share and take over most of my duties.

It was hard for me to trust anyone in this matter but Joanna was the only one who convinced me. I know she is the ideal person who can provide us with comfort and allow us to work on what we love most. Thanks to her work our project will develop even more effectively and efficiently. After a few weeks of cooperation and preparation for the next two projects I became aware that the choice was perfect."

Joanna Kożuch on her joining SC and SToD:
"This is a serious situation. I treat it both as an opportunity and a pleasure. This is one of a few jobs in which by creating a new value you get enriched with that new value. I have always loved  to surround myself with people and music. Now, inevitably, it will be something natural and necessary.


Some accuse me of being an idealist. However, I really believe that saying  "everything is possible" is actually realistic ."

In relation to the statement released on 18th February 2015 which can be found Here , first of all we would like to thank Ms Wioletta Jedynak for the last years of cooperation. It is thanks to her that we are where we are now. We wish her great success and fulfilment in the music industry.

At the same time we would like to announce that the Symphonic Theater of Dreams project and Sinfonietta Consonus Orchestra are looking for a manager who could take care of our group of talented musicians and artists.

SToD and SCO can offer a wide range of services. For example:
- recording sessions (also with other artists)
- concerts (as well as performances with other artists)
- support for events
and many other services performed by various line-ups (soloists, a string quartet or a huge symphonic orchestra with a choir).

All the people interested should submit their applications (including a biography and references) to the e-mail stodproject@gmail.com. If you have any questions, please send us a message to the same e-mail address.
Please write "Manager of SToD" as the subject of the e-mail.

I would like to announce that Ms Wioletta Jedynak does not perform the duties of the manager of the Symphonic Theater of Dreams project and Sinfonietta Consonus orchestra any more. She also does not represent any participant of all the current and future artistic events. The decision was made on the 26th October 2014. The reason for such a late announcement is the need to wait for the settlement of all the outstanding matters related to the previous projects created in cooperation with Ms Wioletta Jedynak. Some issues still need to be completed, however, Ms Wioletta Jedynak is only in charge of the decisions which were made before the 26th of October (inclusive).

An extender and official statement regarding the search of a new manager of the Symphonic Theater of Dreams project and the Sinfonietta Consonus orchestra is going to appear on the official website by the end of February 2015. By the time of the appointment of a new manager I will hold the function of the manager myself. If you have any questions, please send an e-mail to stodproject@gmail.com . The e-mail address manager.stod@gmail.com is temporarily suspended until the previous user, Ms Wioletta Jedynak, passes the access to it.
Michał Mierzejewski,
the creator of the Symphonic Theater of Dreams project and the founder of the Sinfonietta Consonus orchestra
_______________
[Polish]
Oświadczam, że Pani Wioletta Jedynak nie spełnia funkcji menedżera
projektu Symphonic Theater of Dreams oraz orkiestry Sinfonietta Consonus i nie reprezentuje żadnego uczestnika wszystkich dotychczasowych oraz nadchodzących wydarzeń artystycznych. Decyzja zapadła 26 października 2014 roku. Powodem tak późnego oświadczenia był czas oczekiwania na uregulowanie zaległych "tematów" powiązanych z poprzednimy projektami, które powstały przy współpracy z Panią Wiolettą Jedynak.
Niektóre sprawy nadal wymagają regulacji, a Pani Wioletta Jedynak ponosi odpowiedzialność za wszelkie decyzje podjęte do 26 października (włącznie).

We have chosen a tracklist for a new, full upcoming album.

We have chosen a tracklist for a full upcoming album. Before official start of pledge campaign, we're going to share one track on this list every week!

Our database was an official survey, that was closed last year.
Full tracklist will be shared before a pledge campaign in the official statement. Stay tuned for more! 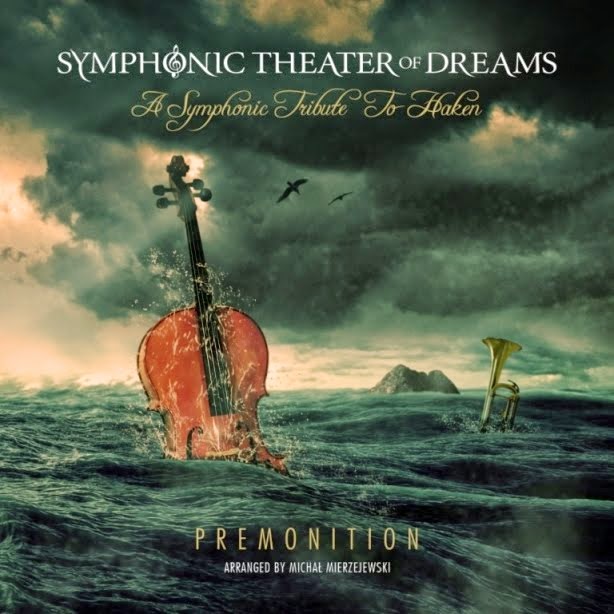 The project Symphonic Theater of Dreams and the orchestra Sinfonietta Consonus are happy to present the latest release  A Symphonic Tribute to HAKEN "PREMONITION". This single is a preview of an album which will probably be recorded and issued in 2015.

The profit from the sale of this single will be donated to the production of the entire album.

After  the success of the album called  A Symphonic Tribute to Dream Theater, Wioletta Jedynak (producer and the ex-manager) together with  Michał Mierzejewski (the originator of SToD, the founder of Sinfonietta Consonus) decided to take another step forward and pay a symphonic tribute to the band HAKEN.
The exclusive world premiere of "PREMONITION" took place on the 28th of August 2014 during the concert of HAKEN. This single was used as the intro tape.

"Some years ago when I was working on various projects I got to know the music of a band called HAKEN. My musical friend Marc Papeghin shared one of their songs on his Facebook wall. After some time he also created a music video for it.
Meanwhile, I was getting familiar with their work. It’s hard to put everything on a timeline now, but around the time when the Symphonic Theater of Dreams: Symphonic Tribute to Dream Theater record was released, I began to wonder whether SToD should be a tribute only to Dream Theater.
One year after the SToD premiere I decided it shouldn’t.

Every day we come across new albums of different bands. Sometimes we feel that this particular record is something marvellous and perfect for you at this particular moment of your life. It’s like a ‘revelation’ which can change your life on this particular moment completely. This happended to me with HAKEN, with their three albums at the same time. When ‘The Mountain’ was released, I listened to the first track ‘The Path’ for the first time and I was blown away. I created something like a short tribute or a demo track and later I began to fully experience all their back catalogue. Haken is a great musical discovery for me. They are one of my my favourite bands at the moment. An interesting thing is that we decided to record a single in the studio in an extremely short period of time. We had only a month to organize the recording session, complete the entire cast of the orchestra, book the studio, the sound engineers and the film crew.

We are planning to make a full album - A Symphonic Tribute to Haken (the fans have already voted for the tracklist ). However, we decided to release a single first so that it would become like a trailer for things to come. The making of a full album will have to wait longer because we need a budget for this (the profit from the sale of this single will be donated to the production of the entire album). It isn’t easy to do, so please be patient.

It was with great pleasure to orchestrate ‘PREMONITION’. HAKEN is incredibly melodic in it’s genre, that’s why it’s a big challange for me and eveyone involved in writing this piece of symphonic music. I am also very fortunate to have the possibility to write for such a large brass section. I hope I managed to capture the magic of this beautiful song. The recording of this single was a great and short adventure which turned out to be the prelude to the recording session of a full album of
A Symphonic Tribute to HAKEN.

I would like to thank all our crew for getting together in this short period of time, their wonderful dedicated work and huge passion for music. I invite you to listen to ‘PREMONITION’. "
Michał Mierzejewski

Results - Your votes for Symphonic Tribute to HAKEN 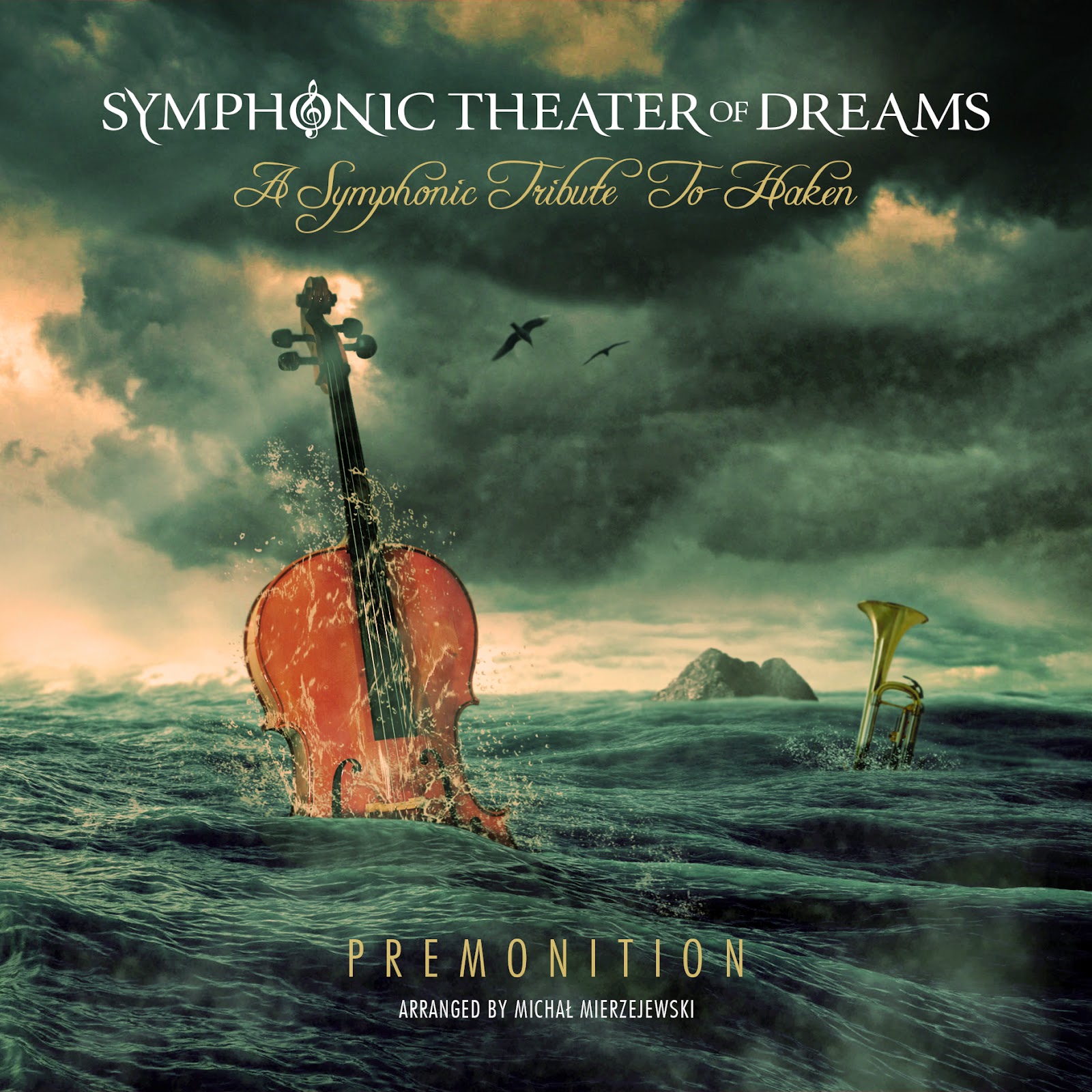 Official Poll is closed! Here are results. From your votes, from our crew`s votes and Haken`s votes, we'll pick a tracklist for full  Symphonic Tribute to HAKEN album. (We will enter to studio propably in the next year).
Thank you for support! 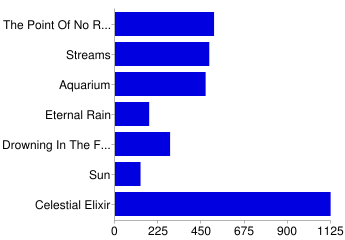 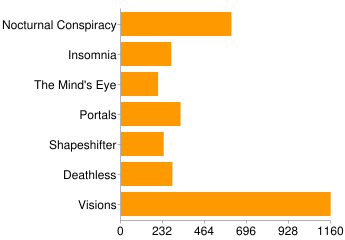